It's pretty much a given that large scoped, end to end, processes will contain a mixed set of process styles, but it is not clear what style will dominate. Will it be case management as the controlling style or will it be a typical flow. We know that both kinds of processes have a start and a stop, but how they get from one to the other is quite different. The Case approach follows a string of milestone goals, with little concern for the sequence of steps to the reach each milestone. The traditional flow has pre-planned paths and sequence implied in them. So why would one dominate the other? 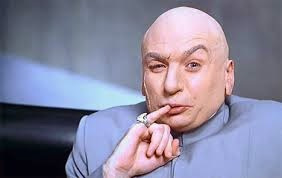 Where Case Should Dominate:

Case should be the dominate style, with bits of leveraged planned flows or snippets, when the basic goals around investigation and collaboration to obtain  high quality and consensus outcomes. The further away a process is from best and tightened downed practice, the more case makes sense. Over time certain bits of the interaction can be made into min-flows (snippets), but investigative processes are generally dominated by case.

Where Planned Flows Should Dominate:

Flows should be the dominate style, with bits of collaboration, when the basic goals are around speed and efficiency. The further away a process is from evolving and emergent behavior, the more planned flows make sense. As things become more fuzzy and judgement intense, case and collaboration can be interjected, but value and supply chains are generally dominated by flow.

You will hear process pundits argue that one style should dominate the other, but I would submit there are proper dominate styles for different kind of work patterns.
Posted by Jim Sinur at 1:50 PM