Is Work Goal or Flow Directed?

Last week, I managed to create some controversy in my post about Work Journey Management. http://jimsinur.blogspot.com/2014/11/work-journey-management-wjm-is-emerging.html  Some folk felt that there should never be any sequence of steps in a process. Others stated that without sequence, there would be nothing but chaos in processes and people would be totally confused. This brought up a number of thoughts for me and the first was should processes be flow directed or goal directed. 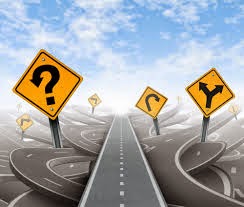 The Case for Goal Directed Processes:

The appeal for goal directed is that the process emerges as it seeks the set of goals that it has at any point in time. As the goal changes the process automatically adjusts to meet the new set of goals and weights for those goals. This is very good for emerging processes where the flow or portions of a flow emerge as time moves and target move. You see major portions of goal directed processes in Adaptive Case Management and late bound processes. The problem with this approach is that sometimes actions are not understood until visualized after the fact.

The Case for Flow Directed Processes:

The appeal for Flow directed processes is that where better practices can be selected and followed based on conditions that are known at the time. People like flow directed because they can visual study flows, understand them and improve them by adding new new paths, exceptions while maintaining control. The problem is that it takes time to do all this in a time to market fashion and control is centrally controlled.

The Best of Both Worlds:

I think that the day of large centrally controlled flow directed processes is going away, but it doesn't eliminate the need for sequencing. I think the overall process should be goal directed and somewhat decentralized (authority pushed to the edge with smart resources such as  people, agents and things), but there will still be snippets of sequence that will be utilized. Eventually all resources will be bidding for work and sequence will wain significantly, but I am not convinced sequence will completely disappear.

The world is changing from flow directed to goal directed and distributed intelligence, but we will need learn new skills and habits to manage emerging work. The minimum would be to let flows freely flow with constraint boundaries and audit the results after the fact for new constraints.